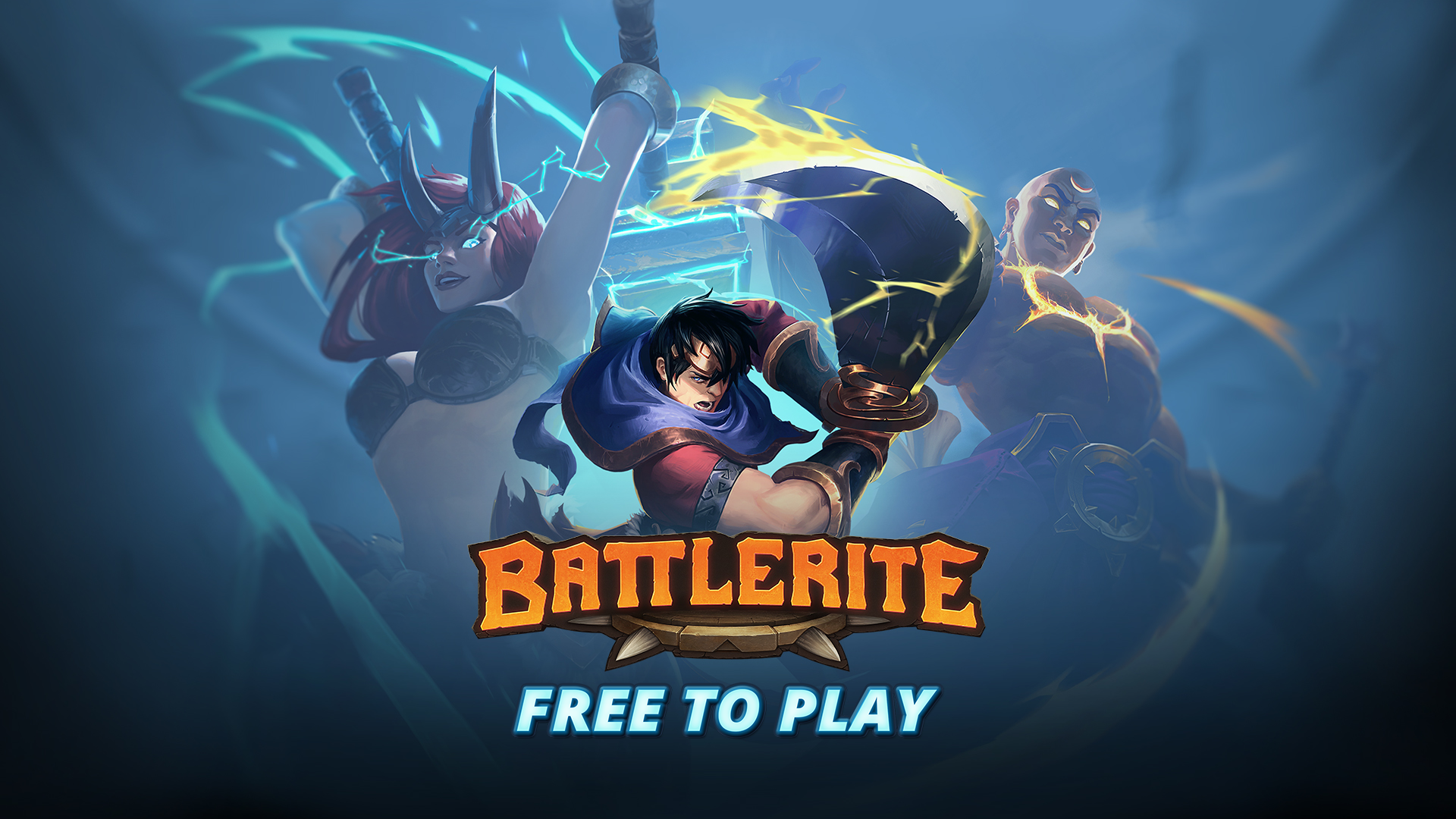 Skövde, Sweden – November 8th, 2017 – Independent developer Stunlock Studios announced today that team arena brawler Battlerite has now officially moved from Early Access to a full free-to-play commercial launch on Steam. To celebrate, the studio has unleashed a launch patch featuring a brand new champion, ‘Thorn,’ 200 new items including rare weapons, outfits, victory poses, and legendary color variations and seven additional music tracks. Unlock and master a roster of powerful champions, fight side by side with your teammates in quick skill-based battles, and prove you deserve to stand victorious in the Battlerite arena.

“It’s been one hell of a year since we entered Steam Early Access and we can finally deliver on our promise to launch Battlerite as a free-to-play game, making it easily accessible to all PvP arena brawler fans to enjoy,” said Peter Ilves, Game Director at Stunlock Studios. “As of today, new players can join the Battlerite community for free in rapid fire, competitive battles requiring to prove your mettle. So jump in and show off your skills on the fighting ground. The arena awaits, brawlers!”

Enter Battlerite’s arena and engage in quick and intense action through highly competitive, rip-roaring 2v2 and 3v3 battles in a vibrant, colosseum-style surrounding. Control one of 22 champions that specialise in either melee, support, or ranged combat – from Bakko, the heroic brawler, or Jade, the long-range gunner, to Blossom, the ultimate team support. It’s all about skill-shots, timing, and reactions as you dodge projectiles and pull off massive ultimate attacks using intuitive WASD movement and cursor-based aiming. Team up with friends, smash in style, and triumph over the competition.

Each week players will get access to six unique champions on free rotation, allowing players to try out new playstyles and discover their favorites. Every character can be permanently unlocked with in-game currency or in-app purchases. As of today, the “Champion’s Pack” is available to unlock all 22 current and all future champions for $29.99/ €27.99.

Founded in 2010, Stunlock Studios is one of the leading Swedish independent game developers located in Skövde. With a passion for competitive gaming, the studio crafts groundbreaking and community driven games, always with their players in mind. Previously released titles include Bloodline Champions and Dead Island: Epidemic. For more information, visit: https://www.stunlockstudios.com