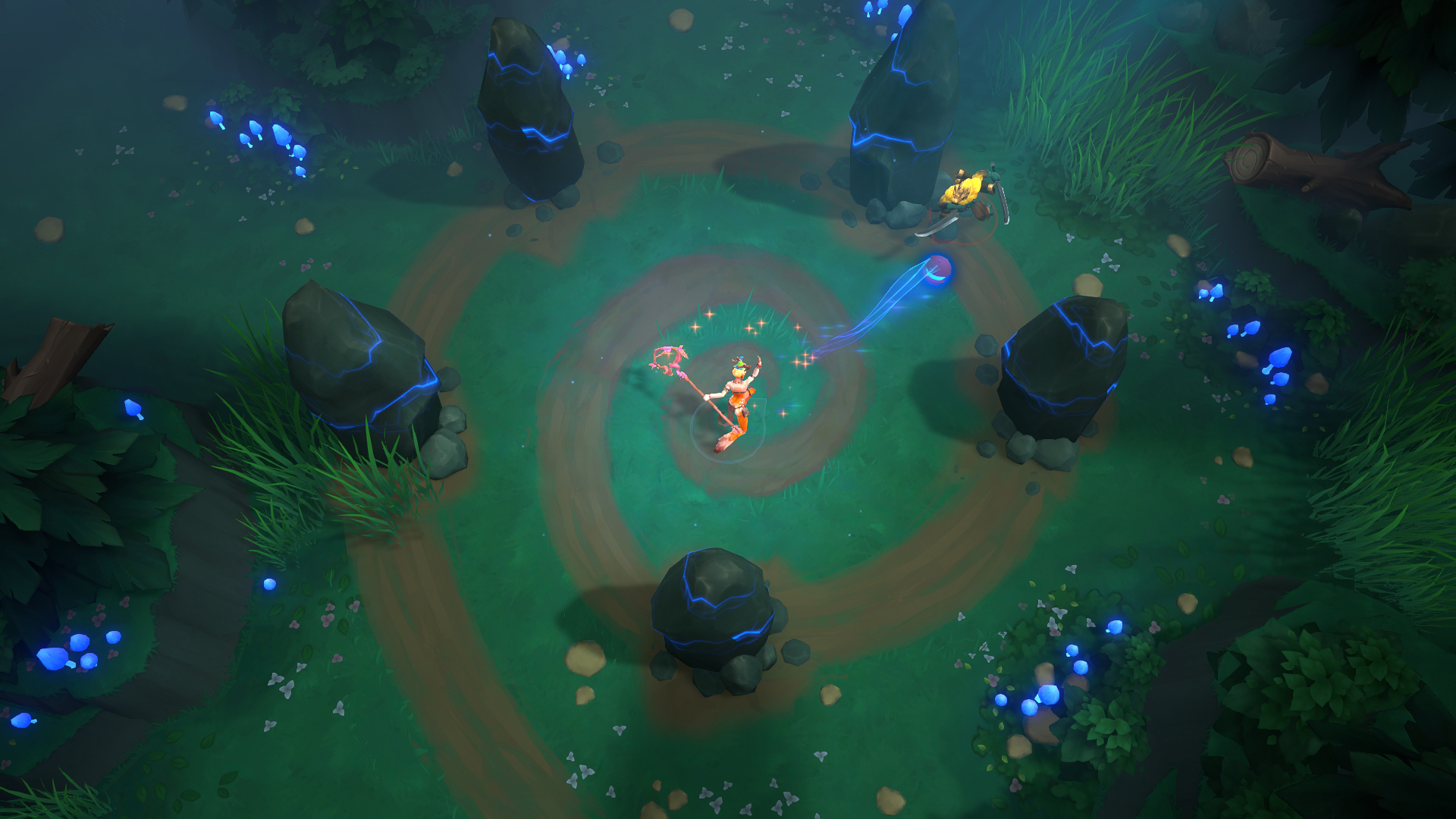 Stunlock Studios today released a new developer update along with the first screenshots of their upcoming Battle Royale game mode, Battlerite Royale, set to launch on Steam in July 2018. Combining an Action MOBA/Arena Brawler and Battle Royale survival gameplay, the new mode throws 20 players into a cutthroat island deathmatch, played “Free For All” or as a duo from a top-down perspective.

Players begin the match with their Champions stripped off of their abilities so they must explore the map in order to find abilities, equipment, and a variety of exciting consumables. The goal is to fight other players, steal their loot, power up and, ultimately, be the last one standing.

“In a way, Battlerite already offered a number of core Battle Royale elements, such as elimination and the ‘Death Vortex’. Scaling up this experience was something that came to us quite naturally,” said Peter Ilves, Game Director at Stunlock Studios. “We wanted to stay true to Battlerite’s action-packed gameplay while giving our players a fresh experience beyond the arena, with the added perk of exploration.”

The Battlerite Royale announcement last week created a lot of buzz on social media with gaming and eSports celebrities such as Lirik, GiantWaffle, Dyrus, Scarra, Siv and Myth joining in on the discussions. Read more on the thoughts behind Battlerite Royale in Stunlock Studios’ latest dev update: https://blog.battlerite.com/dev-update-may-9th/

Since the launch of Battlerite, more than 4 million unique players have tried their luck in the arena, shooting Battlerite up to the top of the ‘top selling’ free-to-play games on Steam on several occasions. Each week players get access to six unique champions on free rotation, and every character can be permanently unlocked with in-game currency or in-app purchases. As of today, the “All Champion’s Pack” is available to unlock all 27 current and all future champions for $29.99/ €27.99/23.79£.

Plan of Attack on behalf of Stunlock Studios